A Week in Paris with the Kids | Paris Travel Photography, Andover and Boston MA Photographer 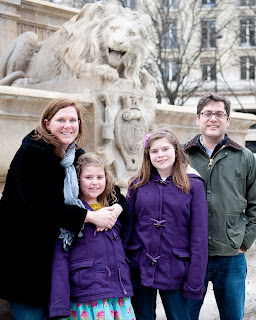 Before we had kids, Jeff and I loved to travel — whether it was discovering a new city like New Orleans or Miami, or seeing Paris or London or driving all over Italy. We have lots of great memories and stories to tell. But I always envisioned traveling with my kids as well. Seeing the world through their eyes. Showing them that people, while different from one another in many ways, are all very much the same.


We made a conscious decision several years ago that we would stay in our not-so-big house so that we would be able to make travel a bigger part of our lives in the future. To us, it didn’t make sense to put money into a big house that would eventually be half empty once the kids are gone, and we get very restless if we don’t have a change of scenery on the horizon.

Traveling with my kids for me doesn’t just mean taking them out of the country. I hoard credit card points to take them on an annual road trip every summer — not far necessarily — but a change of scenery to somewhere like Vermont, or Newport  and this past summer to Philadelphia and Washington, DC. Get them out of the every day and their little suburban world where everything is pretty much the same.

But this Fall we decided it was finally time to take the girls on a “big” trip. We hoped to spend two weeks in France this summer, but with airfares at $1000 a person, it was crazy expensive. So we decided on February break in Paris. Airfares were significantly less to the point that it would have cost us more to spend a week in Disney (ok, at one of the nicer hotels…). And Paris is a city that Jeff and I have visited twice before (we got engaged there!), and one where we can navigate the language reasonably well. And at seven and ten the girls seemed finally old enough to appreciate it.

So off we went, and we just returned from one fantastic week living in a little Parisian apartment a 1/2 block from the Seine. Wow. 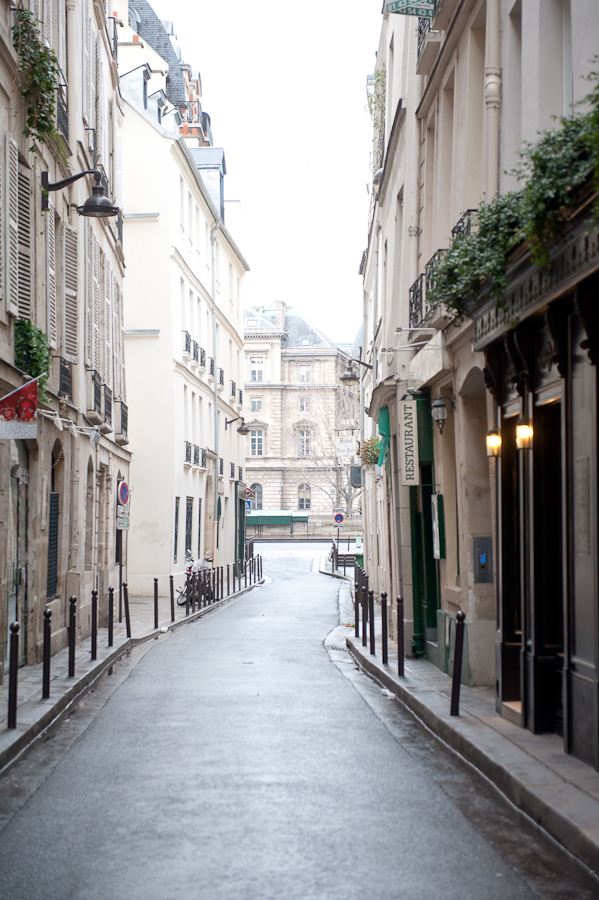 Their eyes were opened to the beauty of Paris with its heavenly pastries, gilded buildings, fancy department stores and twinkling Eiffel Tower. But they also saw the diversity of the city and stopped with us to listen to amazing street performers in the Metro, among Parisians who were missing trains to hear the beautiful orchestra. They played on playgrounds and rode the Tuileries carousel with French children and German children and realized that aside from the cool Euro clothes and glasses they were wearing, they were all pretty much the same and that all this life was going on thousands of miles from their suburban home. 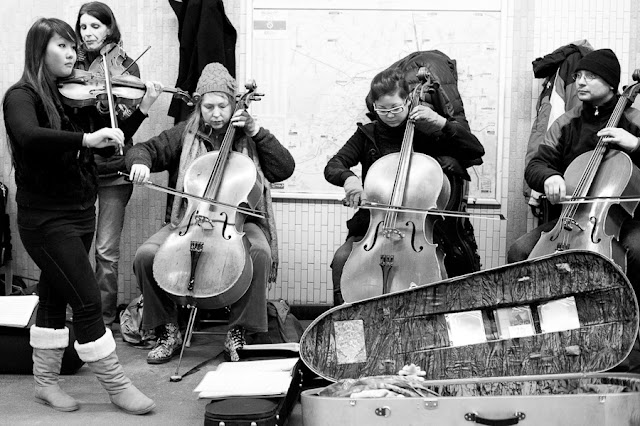 I love where we live, but it’s a pretty sheltered place, very homogenous. It can get boring and it’s easy to forget that we are part of a much bigger, much more diverse world than our little town 30 miles from Boston. In Paris, you can find some comforts of home, but things are different. The cheese tastes funny to my kids. The ham isn’t the same. You can’t get a proper chocolate milk. The hamburgers have Russian dressing on them.

But the girls were prepared, and knew they’d have to go with the flow. By the fourth day, they shared an appetizer of snails with us at dinner. Yes. My girls ate snails! And liked them. Hooray! THIS was the moment I had been waiting for. When they would cast aside everything they were comfortable with and try something new. Something that, in their minds, could potentially be really gross. It seems small, but to me it was the spark of a sense of adventure that I really wanted to bring out in them.

We carefully planned the trip not to include too many museums or churches or stuff that kids would consider boring. They’ll learn about Renaissance paintings and flying buttresses in Art History class one day. So we took them to the Louvre to see Napoleon’s Apartments, the Winged Victory and Mona Lisa. And then we left. We spent more time wandering neighborhoods, trying new foods, enjoying the beautiful weather in Paris’ parks, and taking in the views of the Eiffel Tower. 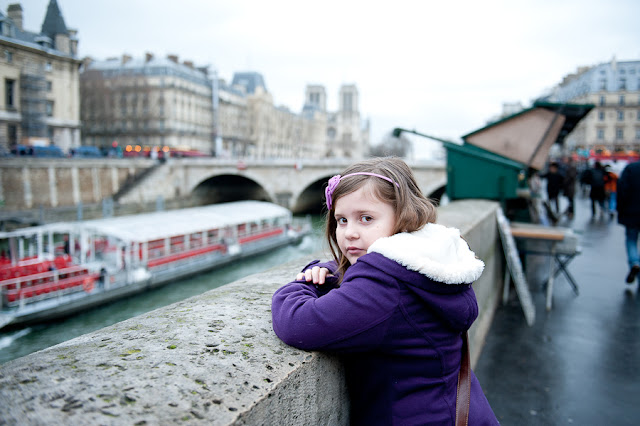 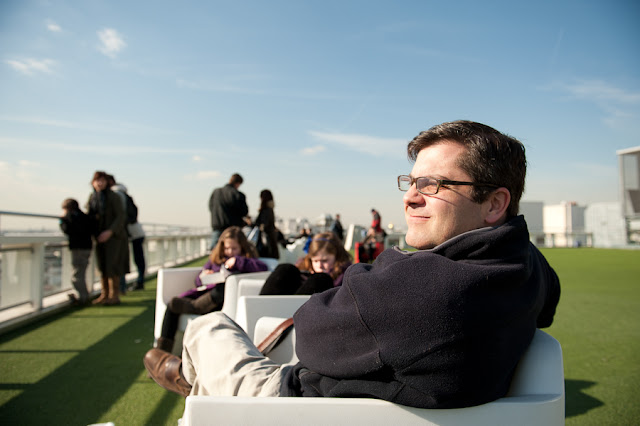 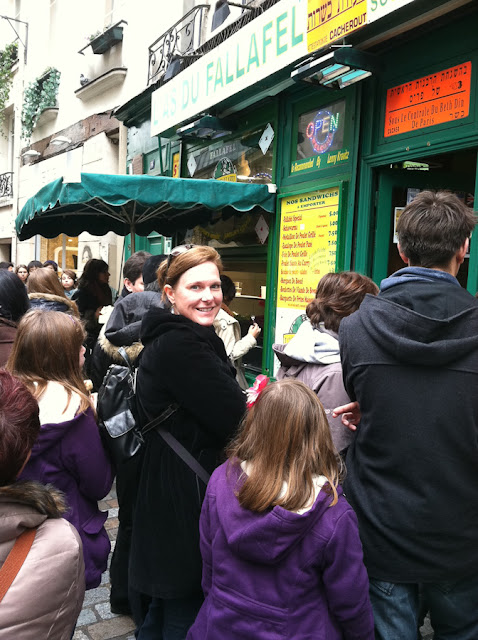 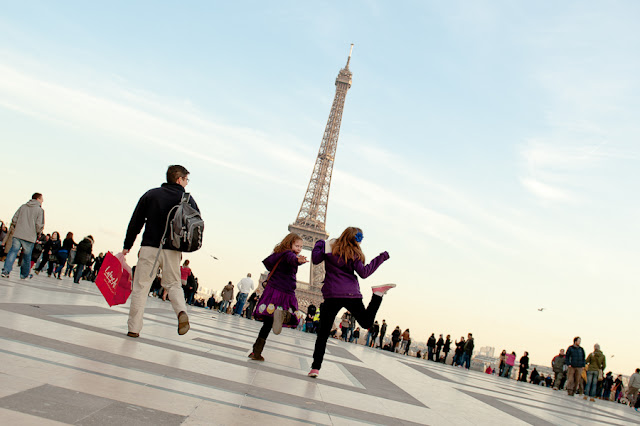 Oh, and one more thing — we threw in a day at Disneyland Paris. I was resistant to this idea at first, but I reminded myself that they are kids. And what could be cooler to a seven and ten year old than seeing the French version of Disney. Well, come to find out it is pretty much exactly like the American Version of Disney — right down to the Cowboy Chow — but with scarier rides and fewer fanny packs. 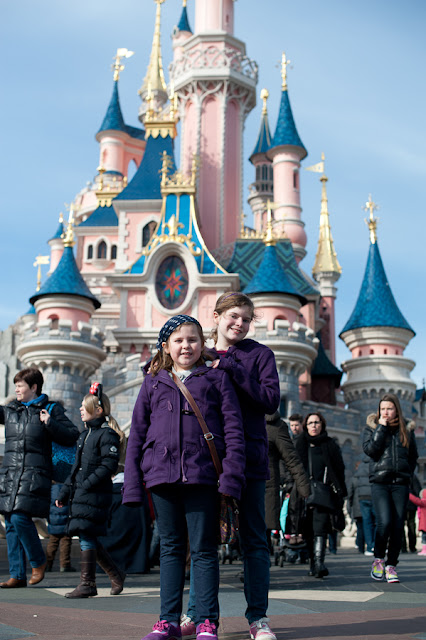 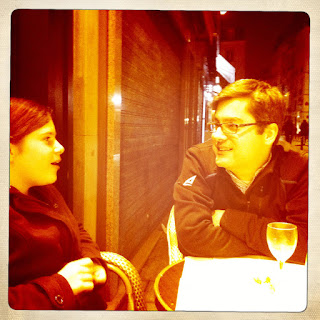 One of the highlights of the trip came at dinner on our last night. We had been looking forward to eating at Bistrot d’Henri the whole week. Jeff and I ate there last year and, literally, I think I had the best meal of my life. Duck with honey sauce and potatoes dauphinoise. We purposely saved this dinner for our last night. But we forgot to make a reservation. And the restaurant was full when we arrived. There would be no duck with honey sauce for me. I will admit, I shed a few tears. (I know that’s ridiculous, but I think I was also exhausted!)


We wandered around St Germain and ended up at a typical touristy brasserie, where the menu was in five different languages. The kids were starving. We took a table on the sidewalk under the heat lamps. My steak was tough and chewy, but everything was perfect.


Here we were in Paris. Eating on the sidewalk and having a great conversation with our kids about this awesome trip. Oh, and to top it off a clarinet player came by playing the opening song from Midnight in Paris. More tears were shed. They all made fun of me. But that’s OK. Tears on the last night are a sign of a great trip.

Once they got past the initial settling in, my kids loved Paris. We knew Grace was enjoying herself in her “tween” kind of way, but Ellie seemed to really fall in love. She kept a journal and used the word “AMAZING” a lot. She had her own camera and held us up almost as much as I do with her picture taking. We knew she had fallen for Paris when she cried the whole way to the airport because she didn’t want to leave. So. Sweet. 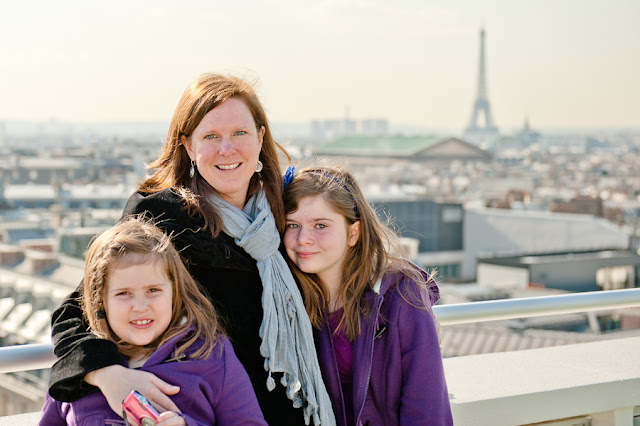 And now we are back to life as we know it in our happy little house, with our cats and dog and front porch that needs fixing. But with memories that will last forever. And lots of pictures. Maybe too many pictures. But I am so glad I have them and I know my kids will be too one day. 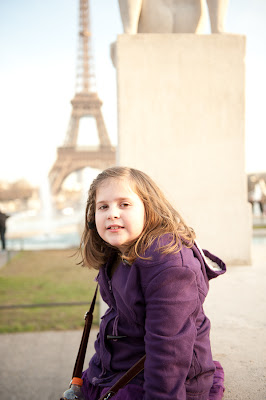 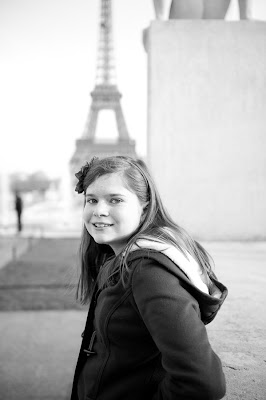